**NOTE- You will probably be able to see that my emotions did another cool, “Let’s go on a roller coaster with K’s head” moment.  I am feeling better after saying my piece. And I have finally figured out where this next small blog series is going to go.

After this post, I hope to talk to a really great author about one of her books, and how it might apply to some of the feelings I have been having. 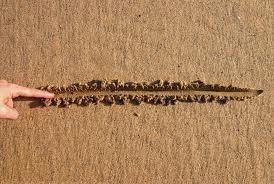 It’s time for another truthful post. I had a bit of a scary moment the other day.  I was thinking about how to get another spanking from hubby. Truth be told, I like being spanked. I find it comforting, cathartic, and a lot of times, arousing.  Sometimes, I think about spankings all day. I make up scenes in my head, where I get pulled over his knee for a firm but loving chastisement. I daydream about paddles, switches and canes, and the howling and begging that would come from these sessions. I don’t know why I feel this way. It confuses me, and shames me. Surely, a normal person wouldn’t have these feelings. Would they?

It reminded me of the conversation hubby and I had a year ago, at the very beginning of our DD journey.  He had figured out very early on, even before I realized it, that I was a Spanko. Not that he knew that term. But he did articulate that he did not think DD would work for us, because I seemed to like being spanked.  That was very humiliating. And it still kind of confuses and hurts me now.  But he had brought up a very valid point.

This conversation came back to me recently, and it really worried me.  I am in a DD relationship with my husband, whom I am supposed to love, honor and obey.  And most of the time, I do that. Well, to be perfectly honest, I try to do it. I try to submit. I try to honor him. I TRY not to roll my eyes at him when he is being a doofus. And I try to honor him by not calling him a doofus very often – especially not to his face. 🙂

I also need to make something clear. I am not a masochist or a pain whore, or any other term that goes along with someone who enjoys pain. I don’t enjoy pain.  I cry when I have to get a shot, I put off all dentist appointments.

(By the way, shouldn’t my HOH force me to go to the dentist to see about my cavities before they become root canals? That should seriously fall under HOH duties- drag wife kicking and screaming into dentist OR spank her every hour until she goes. I hate going to the dentist!)

I don’t wear underwire bras or tight jeans (both are too constricting and painful). I don’t have a problem with someone else being masochistic, if that’s their shtick, so be it. But it’s not mine.

Why am is saying this?

Because I am confused about my reaction to the spankings. It’s hard to comprehend my liking something, that I don’t actually like – PAIN. It makes no sense to me.

This confuses me, and makes me feel like a freak – A DD freak.  I do feel badly when I disrespect my husband, or treat him badly, or manipulate him. And I feel badly when he has to punish me over these transgressions, since I know how much he dislikes spanking me.  I feel guilty and sad.

But does it keep me from doing the same action at a later time?

For someone reason, I crave his punishment. I don’t know if it is the connection, the fact that he is giving me 100% of his attention, or if it is actually the release from the spanking. I don’t know.

I felt like such a freak when I realized that his words from the past may have actually been true.

Sometimes, I wish this THING in me would go away. I wish I could do some sort of hypnosis, and forget everything about spanking, DD, dominance and submission – all of it. If I could forget this part of me ever existed, I wouldn’t be so unhappy when he ignores my needs; or even worse, just doesn’t get it.

He just does not understand or relate to any of this. He doesn’t get turned on by words like “red ass”, “naughty girl”, or “Yes Sir”, like I do. I crave this dominance, the emotional connection, the release.  It’s such a big part of me. And it hurts that he doesn’t understand.

If I could make this go away, I would probably still walk through life feeling like there was something a tad bit off, but couldn’t quite put my finger on it, so I would let it go. But to know what I want, how I feel, and long for, so much I can taste it, and not have a fully reciprocating partner, is worse.  It’s humiliating.  It’s depressing. It hurts.

Which brings me back to my first point.

Why do I feel this way?

What the heck is wrong with me?

How do we combine my need for the HOH / DD lifestyle with my obvious positive emotional feelings towards each session?

I have seen the proverbial line.  The real DD’ers submit; they don’t enjoy their spankings, and they sure as heck don’t manipulate their HOH’s into spanking them.

So where does that put us? Are we even doing DD? Am I asking for something else?

Where does my freakishly square peg fit?

Where is the proverbial line?

Does there even have to be a line?

Does it make me less of a DD’er if I admit that I have a little kink in me? (Little, obviously being an understatement)

Hopefully, after a little chatting with my good friends, I will have a better handle on some of this.

But for now, I really am happy to be in a DD relationship with my hubby. But I’m also embarrassed and sad that I don’t seem to fit the normal DD bill.  I am still longing for that next spanking, and am also humiliated by this desire.

Am I a freak or not?

11 thoughts on “Drawing the Line”