Would you like to be spanked by this guy? 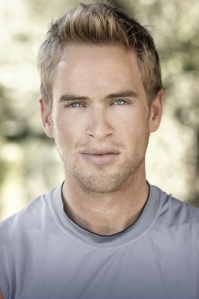 Firm, dominant, kind of a hard *ss, he pushes his athletes hard.

And he is a spanker.

Coach Fox does not accept less than 100% effort from his runners.

He does not tolerate lying or disrespect.

And he does not let self sabotage pave the long runs for any of his runners, especially Claire Jacobs.

If I had had a coach like him, I can guarantee I would have made it to the Olympic Trials. 🙂

She is running from a painful past, and won’t allow herself to achieve her biggest goals – the Olympic Trials.

Before she meets Nick, she has no idea the strength she possesses, and chooses to “run” from all conflict.

And don’t forget about the launch party this Saturday at noon EST.

Claire Jacobs always dreamed of making it to the Olympic Trials in the marathon. Unfortunately, she has a habit of getting in her own way. Enter Nick Fox, a no-nonsense coach, willing to use unconventional methods to bring her in line. Traumatized by her last coach and still recovering from self-destructive habits, Claire finds it hard to trust Nick’s authority about what she can and can’t handle on the trails. Still, her attraction for him deepens, even when she discovers he believes in good old-fashioned spanking as a method of correction.

As Nick spends more time with Claire, she enchants him with her drive and deep commitment to help her fellow runners. But when she gets into an argument with a teammate, he realizes he only has one option—to give the talented woman he cares about the first spanking of her life, a spanking that is not going to be fun for either of them.

Claire and Nick grow closer and she comes to crave Nick’s dominance and direction. Discovering the emotional healing and strength to succeed during training, she moves past her shyness and self-doubt to step into a leading role with the young women on the team. But when team politics, jealousy and misunderstandings create drama, will she revert back to her old pattern of running away? Or can she learn to trust in love and race toward her goals with an open heart?

6 thoughts on “Meet Claire and Nick”