I have Mark S.R. Sterling here to share a bit from his brand new book. This one sounds hot! A murder investigation, a fetish dating service, hard spankings, and hot sex.  Mmmm, check out his excerpt. 🙂 (I LOOOOOVE the cover, by the way! 😉 )

Returning to the living room Carl turns the TV volume down and spins the channel to the all-news station. Then he fixes himself a scotch on the rocks. “Nikki, do you want anything?” he asks. Clearly, his case must not be solved. His tone tells me that he is still troubled with his inability to solve whatever murder he is currently working on.

“No thank you,” I say and assume my position on the couch; I lay my head on his thigh. He strokes my hair and then rests his hand on my shoulder. My hand drifts toward the bulge formed by his penis; I cup his manhood through his trousers.

After a few sips from his drink, he asks, “Have you ever heard of something called the Fantasy Connection?”

I gasp and then morph it into a cough. “Excuse me,” I say and then, “Yes, I have. Why do you ask?” What in the world can this mean? Does he know that I am largely responsible for building it?

In typical cop fashion he doesn’t answer my question, but continues, “What do you know of it?” Is he interrogating me?

“I’ve seen their ads in the entertainment handbills. It has something to do with dating…I think.”

“Do you know anyone who has used the service?”

“No, I don’t think so.” I carefully tread the truth. What can this mean? I carefully work to keep my breathing even and relaxed.

“It’s just that a couple of their clients have been murdered. It seems that someone is using a stolen identity to meet and date women. When he gets them alone he kills them.”

Snapping erect I exclaim, “Oh my God…oh my…what! Two you say?” What has Lenny gotten me into! This is why he wanted me to scour the database for possible fake identities.

Carl is keenly observing my overreaction. However, he calmly continues, “We think he has killed at least three women, but only two of them were clients of the dating service. It’s a fetish service. That is, they arrange dates for people with sexual fetishes. I thought you might have heard of it.”

Calming myself I say, “Well, I have heard of it. But…,” I stop before I begin to lie.

“Nikki,” he begins to speak with a deliberate slow cadence, “the guy has a spanking fetish. The most recent victim was Becky, Eddie’s old partner at the club.”

“The owners of the service appear to be cooperating, but I can’t help but think that it’s a front for something. I have a gut feeling that something about the operation is illegal and they are still hiding something from us. Ester and I have been resisting taking this to the Captain to initiate a serial killer task force. The service owners hinted that they would not be cooperative with a full investigation of their business, but as we have no evidence linking any suspects to any of the murders we are out of options. Regrettably, I’ve allowed them to manipulate me…into making wrong decisions. However, that ends now. Next week I’ll start the task force. We’ll get the warrants and drop onto these guys like a ton of bricks tomorrow or first thing Tuesday.”

Did Lenny tell him about me?

“I don’t know. I was just hoping that you might think of some clue for me,” he flatly states.

Is he telling me all this as a warning? By now he must know that Lenny runs the Fantasy Connection. Why is he being so coy?

I lay my head back onto Carl’s thigh. Does Lenny think that I have ratted him out to Carl? What am I into? I never told Carl about my past relationship with Lenny and Lenny should know nothing about Carl, but if they have talked – OH GOD! Why doesn’t Carl point blank ask me what I know about Lenny?

Carl pulls me across his lap and lightly begins spanking me, swatting through the fabric of my nightgown. Is this sexy foreplay, or the beginning of a discipline spanking – or a real HARD punishment?

Nikki is torn between two powerful men who seek to control her life.

Mobster Lenny Fusco wants to go straight. Using his knowledge of her past, Lenny coerces Nikki into helping him develop a fetish dating website. This legitimate business matches couples together based on their sexual fetish compatibility. However, a serial killer has found this fertile ground to hunt spanko victims. When his clients start getting murdered and the police are helpless to solve the case, Lenny wants to take matters into his own hands.

Homicide detective Carl Howard knows that the investigation into the murder of the naked woman on the floor will be far from routine. He recognizes her bare bottom – she was once draped across his lap at the spanking club. As her killer prepares to strike again, the investigation will expose Carl’s own secret life – his relationship with Nikki.

Each man needs Nikki’s help and they will put her over their knee -panties down – to get it. Nikki must decide which man’s discipline to accept.

A time of letting loose; wearing masks and costumes; showing your true self; eating lots of sugar and dyes; playing tricks on neighbors; or 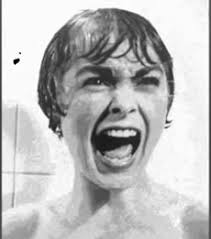 This week, I will run a series of posts with one theme in mind. To:

Scare Your Pants Off!

Each post will include a thrilling, dangerous, violent, or scary scene.

(I have hand picked these authors and have read their excerpts, and I can tell you, they got my heart racing! 🙂 )

This includes five days, and nine different authors’ works to share with you:

And there will be prizes!

Just reply at the end of the posts. Each daily reply gives you an entry. (Five full days of replies = five entries 🙂 )

So, are you ready to get your pants scared off?

Muwahahaha!
(Ok, I scared myself, while looking for scary pictures on Google. So no more pictures.  I am searching for puppies and kittens now. 🙂 )

Scare ya’ on Monday!